How to use the Feynman Technique to learn anything

What’s the most complex thing you think you understand? 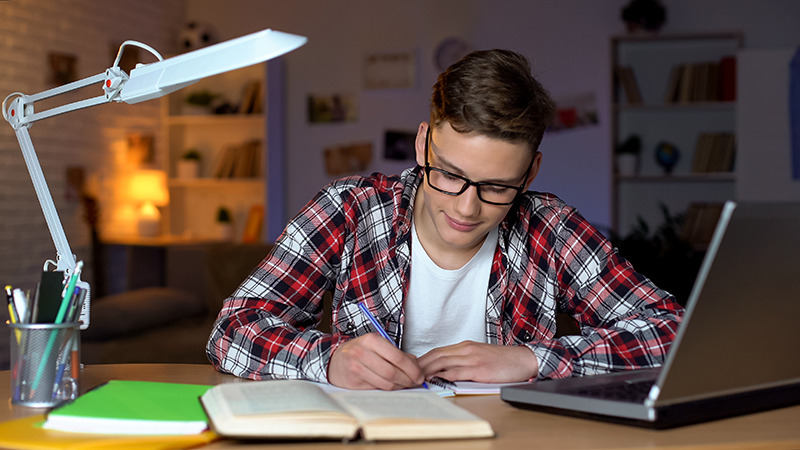 Perhaps it’s a mathematical concept, or how an internal combustion engine works, or maybe it’s the mechanics of quantitative easing.

Now consider: how would you explain this concept to a 5-year-old?

It’s very easy to convince yourself that you fully understand something if you’ve read (or heard) about it a lot. But often, it’s only once you start trying to teach the concept to someone who knows nothing about it that you start to realise where the holes in your knowledge lie. Many topics have “buzzwords” associated with them – could you explain them to other people who have no idea what these buzzwords mean?

Richard Feynman was a Nobel Prize-winning quantum physicist who understood just this. You might think that someone so smart would have no trouble learning things, but quantum physics isn’t exactly the easiest subject to wrap your head around… especially when you have to help invent it!

As well as being a researcher of the highest calibre, Feynman was an inspirational teacher and lecturer, and this was largely due to his ability to explain concepts in simple words. He is credited with inventing the Feynman technique, which is one of the simplest yet most effective study strategies to help students learn just about anything. 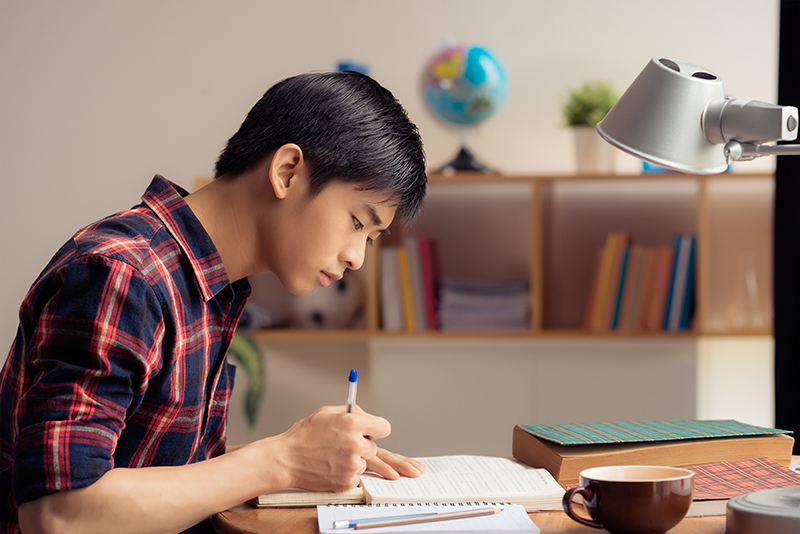 It’s said that Feynman invented the technique after a colleague of his, David Goodstein, asked him to prepare a lecture for junior students on the behaviour of two spin one-half particles. He returned a few days later and told Goodstein that he couldn’t do it, because he couldn’t explain it in terms that junior students would understand. Instead of becoming frustrated with his teaching ability, he told Goodstein that he couldn’t explain it because they didn’t really understand the concept.

Like the Pomodoro technique, the beauty of the Feynman technique lies in its simplicity. At its heart, it’s based on learning concepts as if you were going to teach them to other people, as Feynman tried to do with his particles. What’s the process? Read on and find out…

How does it work?

Step One: Write down the concept you want to learn, and start reading about it.

Writing down the what the topic is might be so simple that easy to overlook, but it’s super important to have a clear scope of what exactly it is you’re trying to learn. Try to make it simple – for example, instead of deciding you want to learn “Maths”, choose a particular concept like “Factorisation”.

Then, read everything you need about it in order to get a good basic understanding. Keep reading until you think it makes sense! Write down whatever information about the topic you think you need to know.

Step Two: Pretend to teach it.

This step might make some people uncomfortable, but it’s the heart of the exercise. You might want to teach to a soft toy, or to a poster on the wall, or to anyone who happens to be home! 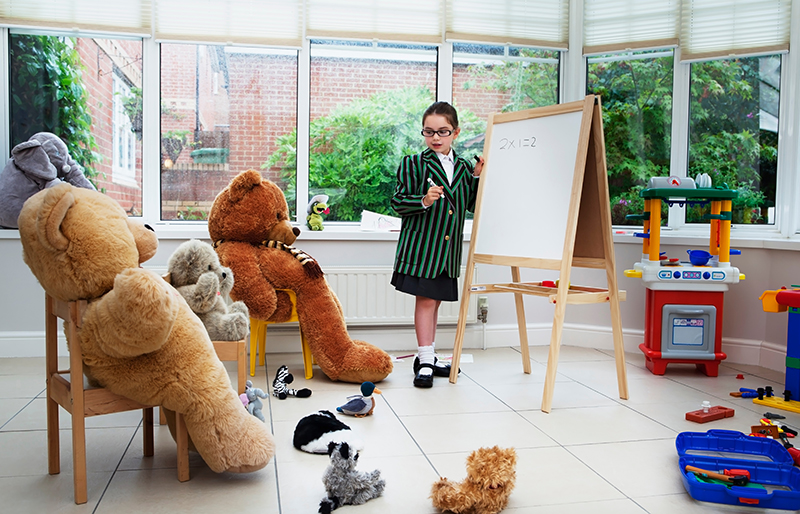 If you can manage this fine, then pretend the person you’re teaching to is a young child, and try again. Don’t use any technical language! The key is to assume they know nothing about the subject.

This step should pinpoint what you don’t understand about the topic. If you can’t explain anything in simple terms, make a note of it.

Step Three: Return to the parts you had difficulty teaching.

Relearn these parts of the concept until you think you can explain it in the simple terms you used in Step Two.

Repeat Steps Two and Three for as long as you need!

Step Four: Simplify, and use analogies.

Are you having trouble simplifying your explanation? Try and think of analogies to help guide your lesson. When you think you’ve explained it simply enough, keep using smaller words and easier concepts to try and get the message across.

That’s it! Once you’re able to explain the concept so a child could understand it, chances are you understand it much better yourself – certainly much better than you could from simply reading about it. 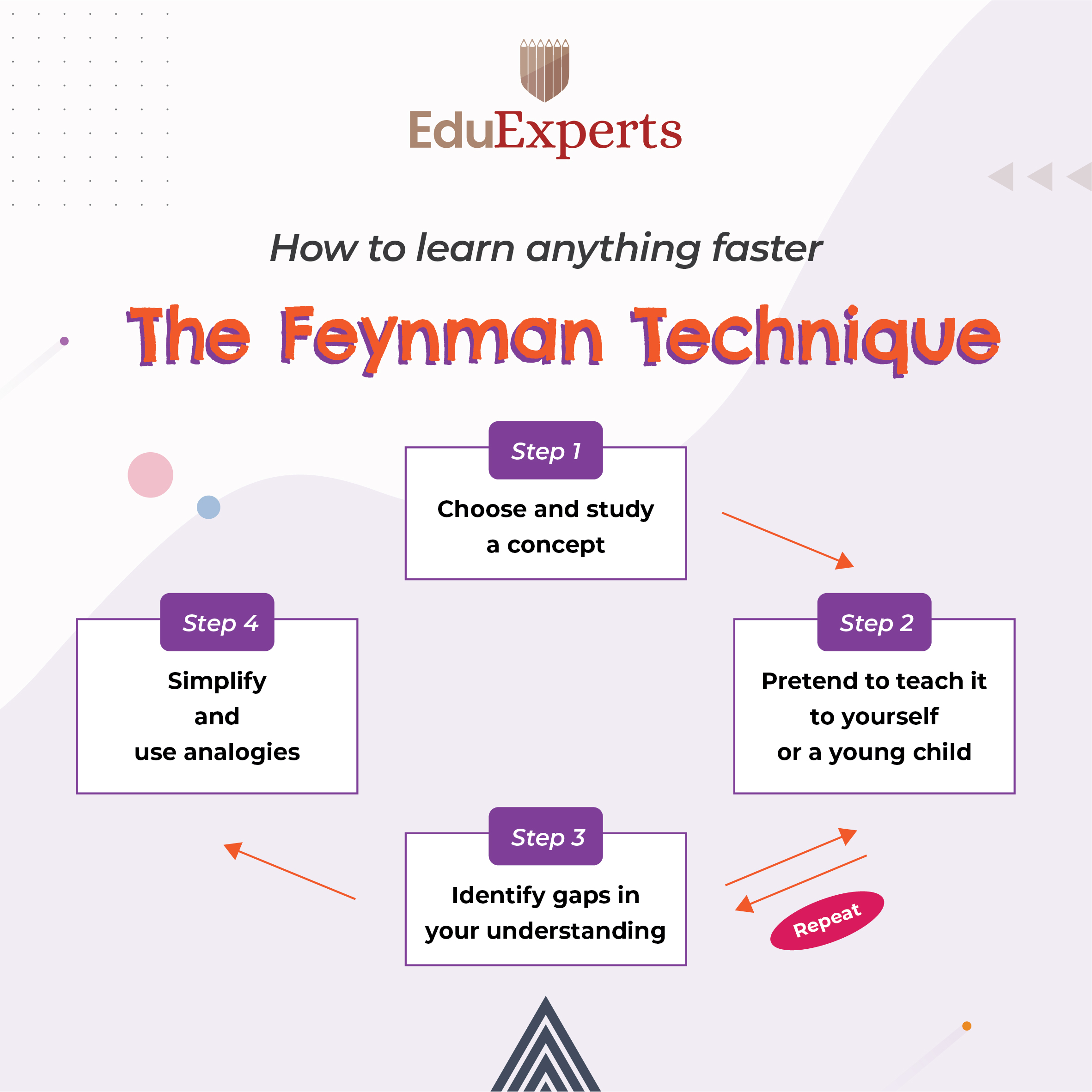 Why is it so effective?

There are a few reasons why the technique is so effective.

The main reason, however, is that explaining a concept takes a higher order of thinking than simply trying to memorise it. That’s a fancy word for saying that it takes a much deeper level of understanding.

You’re probably familiar with how this works if you’ve taken an exam recently. Perhaps towards the beginning of the question, or the exam, there were questions beginning with words like Define… or Describe…, or something similar. If you’ve done your homework, you can probably recall the answer you’ve memorised to this question. Memorisation isn’t fun, and it also doesn’t take a high level of thinking to do it. (In other words – a basic computer and database would have no problem with it.)

However, towards the end of the exam, you might have a chance to show your more advanced thinking through questions with words such as Evaluate… or Compare and contrast…, or an equivalent. Assuming you don’t know what the exam questions are going to be, it’s nearly impossible to simply memorise an answer to these questions. If you’re going to discuss the differences in characterisation between two Shakespeare plays in light of a particular question, you’ll need to understand these plays super well. (And, in case you were wondering, even an advanced computer would struggle to do this.)

The Feynman technique pushes you to have the sort of understanding that the second set of questions requires – that is to say, a deep understanding rather than rote memorisation. If you’ve just memorised a concept, you’ll struggle to teach it to others, apart from simply parroting what you’ve memorised back to a student. Built into the model is a mechanism for establishing this deep understanding, by pinpointing the exact areas of the topic you don’t quite grasp, and forcing you to revisit these.

As well as this, teaching a concept to a student who’s never heard it before is inherently based on linking the concept to other things which your student does understand. It’s useful to dive into some basic psychology in order to get across this. Your brain is essentially a big network of neurons, or points, and your ability to understand something is based off the connections (called synapses) between these points. If there are a lot of connections, you’ll understand something well, because it’s linked to a lot of other things within your brain. If there aren’t, then you won’t.

As an analogy (how appropriate!), think of your brain as a massive city with lots of different places. If there are roads between the places, then it’s easy to get to where you need to go. And if there aren’t any roads at all… then you’ll never visit the places in your brain, because you just can’t get there.

Teaching, then, is all about building the roads between places, or synapses between neurons. By teaching other people and helping them to develop these connections, you’re also using and developing the synapses within your own brain – making your mind’s network more connected.

The great Richard Feynman understood this, and hopefully now you do too! So, next time you’re tearing your hair out because you’re stuck on a maths problem, or anything else, sit back and try to explain it to someone. When you get stuck, you’ll know exactly what it is you need to work on.

About Us
Test Centre